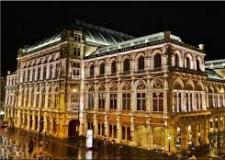 Eric sings the role of the Angel.

Olga Neuwirth’s music theatre opens a door into the realm of what has been simultaneously experienced, read and heard, of what is known and felt – in other words, into the realm of fiction shaped by memories. “Ever since I was a child I have been interested in everything from the arts to politics, from the sciences to human psychology (…) I have let myself be inspired by the small and big things that the world has to offer, by the wonderful diversity of life, and I see this reflected in Orlando. For it is a love of oddities, of the paradoxical, the grotesque, virtuosity, exaltation and exaggeration that are the essence of this fictional biography, which aims to create a new morphology of narration. At all times it is also about (…) a sophisticated and highly subtle form of sexual attraction that rejects being pigeonholed in any one gender. As well as about refusing to be patronised and treated in a condescending manner – something that continually happens to women, with no end in sight.” 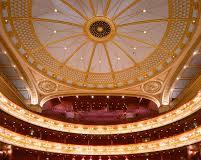 Dramma per musica in three acts (1709)
Libretto by Vincenzo Grimani

Eric sings the role of Narciso.

Co-production with Bavarian State Opera, Munich, and Dutch National Opera. Agrippina is the ultimate political operator – outrageous and blatant in her pursuit of power. In the title role, Joyce DiDonato heads a specialist cast in Handel’s early operatic success, a calling card when he moved to London. The score boasts a succession of brilliant Baroque jewels – one after another come the bright, sparkling arias, here performed by an international cast, the Orchestra of the Age of Enlightenment, and directed with characteristic invention by Barrie Kosky. 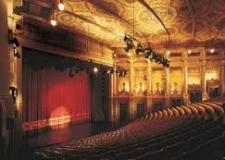 Dramma per musica in three acts (1709)
Libretto by Vincenzo Grimani

Eric sings the role of Narciso.

In this breathtaking political thriller, Handel’s second composition based on a Nero story and his sixth opera, everything appears at first to be fine on the stage of power: The Roman Emperor Claudius is said to have drowned while returning from his successful campaign against the Britons. His wife Agrippina therefore seizes the moment for Nero, her son from her first marriage, to ascend to the throne. Indeed the librettist Vincenzo Grimani, in ancillary professions also a cardinal and emperor’s ambassador at the Vatican, among other positions, turned his experiences at the court of Pope Clemens XI and his precise knowledge of the Annals of Tacitus and Suetonius’s De vita Caesarum into a libretto that is not only historically precise, but which also twists and turns with the most diverse watershed moments and chicanery surrounding the Vatican throne, so much that, at the end the question here is practically – are there winners, losers and a lieto fine, or happy end, here at all? Director Barrie Kosky sums up: “This opera shows what the best operas are made of – a combination of eroticism and power.” 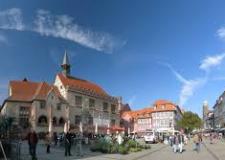 David returns from the battle bearing the head of the giant Goliath – as a reward, King Saul promises him the hand of his horrified daughter Merab. But when David receives more popular acclaim than the King, Saul is consumed by jealousy. His daughter Michal advises David to soothe the incensed monarch with the calming strains of a harp. But Saul’s rage is merely exacerbated, and he finally casts a spear at David. When he misses, Saul orders his son Jonathan to slay David …

When setting this Old Testament material to music in 1738, George Frideric Handel worked together for the first time with the librettist Charles Jennens, who later on, for example, put together the text for the Messiah. The work was premiered on 16 January 1739 in the King’s Theatre at the Haymarket in London. 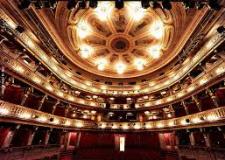 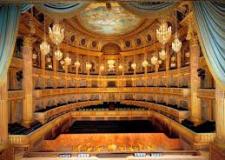 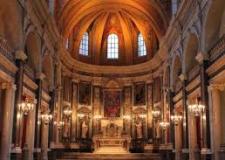 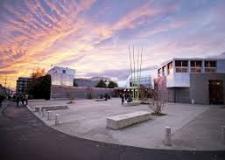 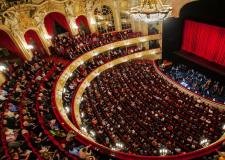 This rarely performed opera features a comeback after 15 years! The grand seigneur of realistic musical theatre is back – and he is fulfilling a long-held dream: Harry Kupfer, who made theatre history here in the Behrenstrasse, presents a fundamental conflict of European modernity with Georg Friedrich Handel’s masterful Baroque opera Poro.

Eric sings the role of Alexander the Great.